Some of the cutest dogs out there are also the smallest and some of these small dogs will stay that way forever. Our Tennessee vets tell us about 15 small dog breeds that will stay small forever.

Shih Tzus are a highly sought-after breed of small dog. They are well-known for being very friendly, alert, and intelligent. The breed is also hypoallergenic which makes them a great option for households with sensitivities. Shih Tzus can be one of the most affectionate breeds but unfortunately, at times this behavior can turn into an over-attachment. 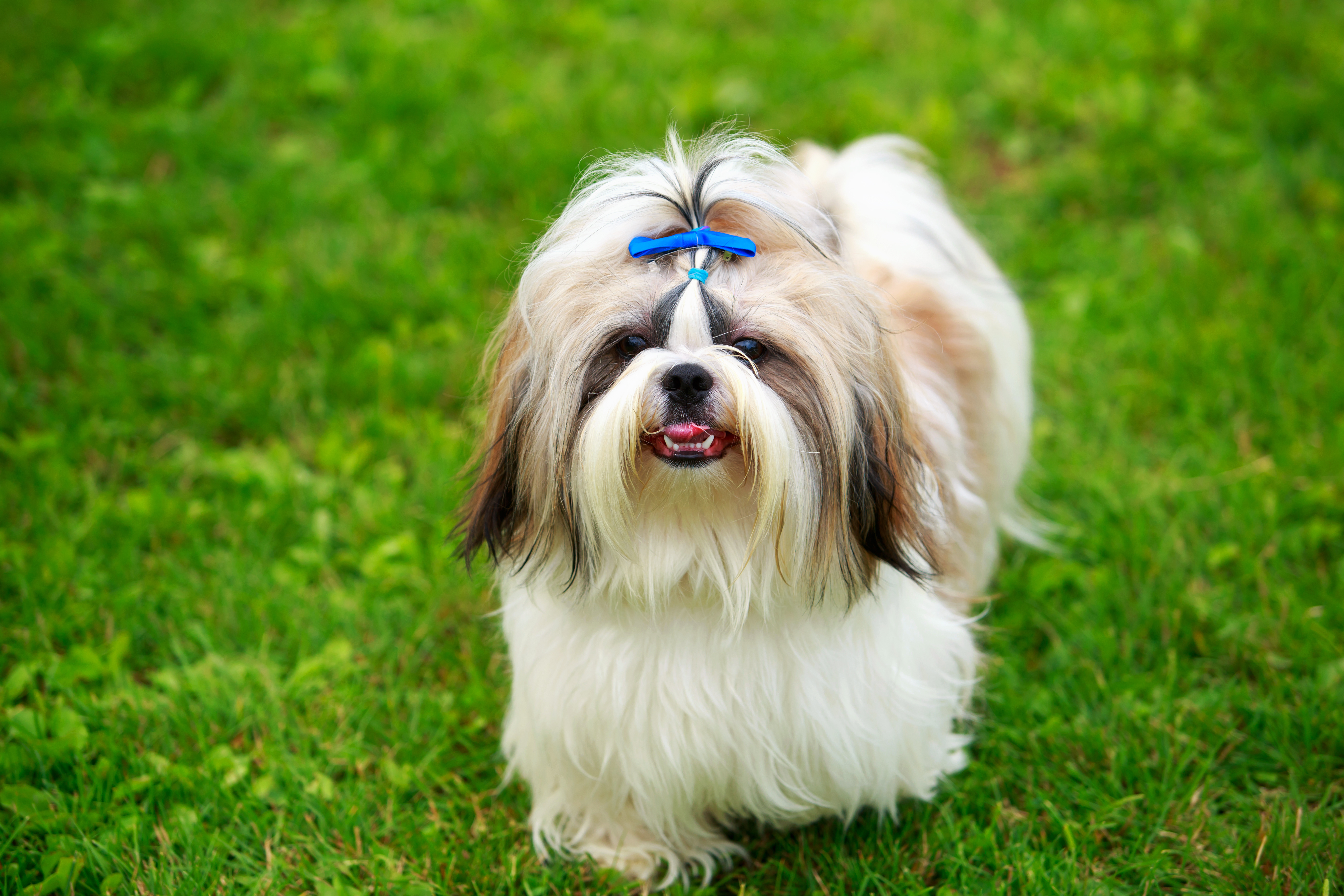 The Chihuahua is commonly known around the world as the smallest dog breed. Chihuahuas are one of the most popular of the smaller dog breeds. This breed is perfect for those that live in a small space. Chihuahuas are extremely loyal dogs and have very playful personalities and are affectionate toward their humans which makes them great family pets. While Chihuahuas can be territorial they are receptive to training.

Pomeranians were originally a much larger breed than the standard breed that we see today. The many years of specialized breeding have made Pomeranians decrease in size from a medium-sized dog to a tiny companion-sized dog. Pomeranians hold all of the typical personality traits that you would find in the smaller dog breeds. They are very affectionate and love to hold the attention of their humans as well as being incredibly loyal. 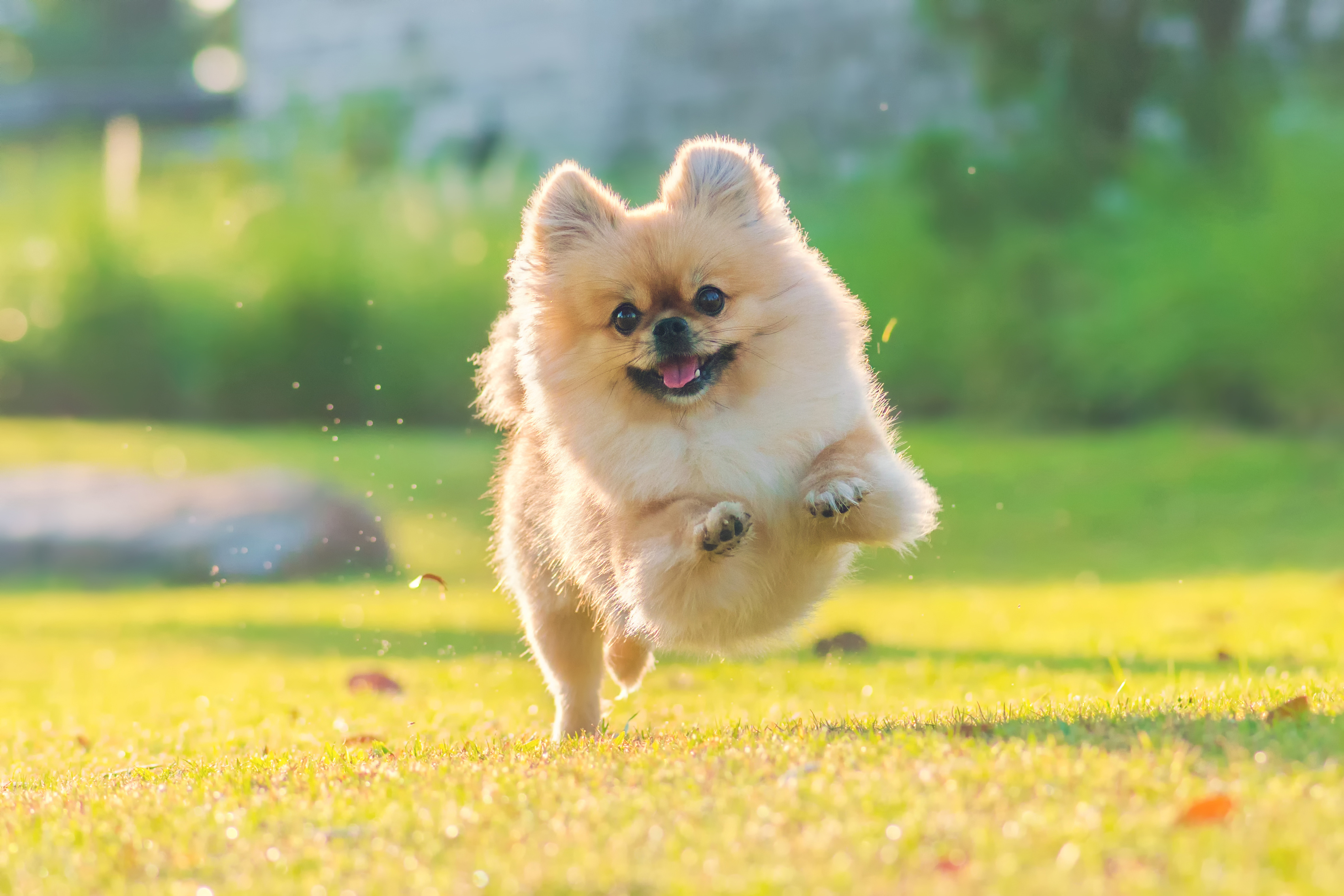 Pugs have always been a popular breed of small dog and one of the breeds with a long history as they have been bred since the Shang Dynasty in 300 BC. This means that Pugs have been the companion dog of choice for over two thousand years. As with some other dog breeds, Pugs were also originally bred as a larger dogs and their size has decreased over time. Pugs are described as having a huge personality for such a small dog and are recommended as the ideal dog for small spaces. 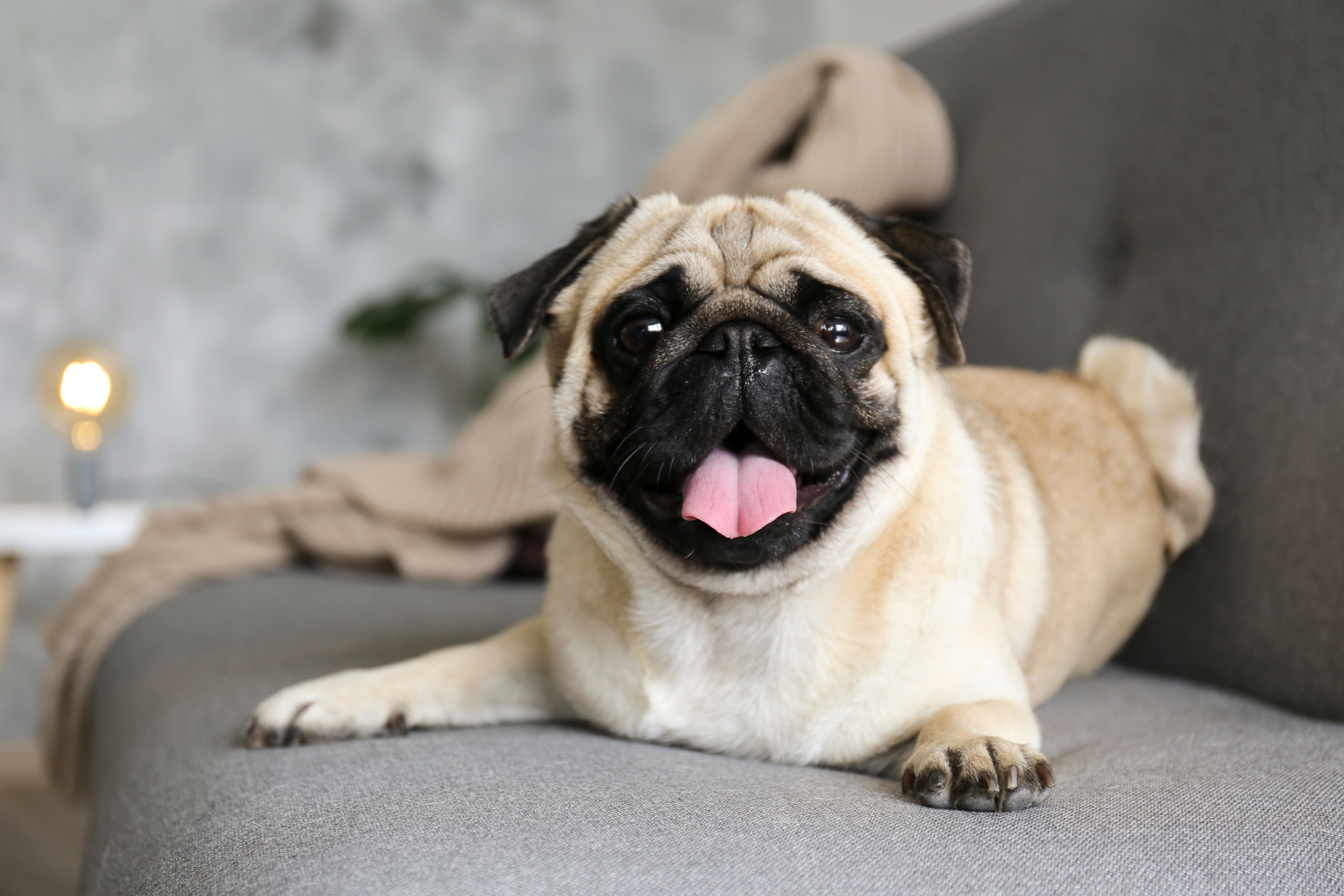 Maltese Dogs have been around for a long time, but not much is known about the origins of the breed although this small dog has been mentioned in the literature of both the Romans and Greeks. While there is speculation that the dog gets its name from the Mediterranean island of Malta, no one has been able to prove this and so we still to this day do not know much about the origins of this breed. The Maltese has a long coat and has the most fashionable array of haircuts among any dog. 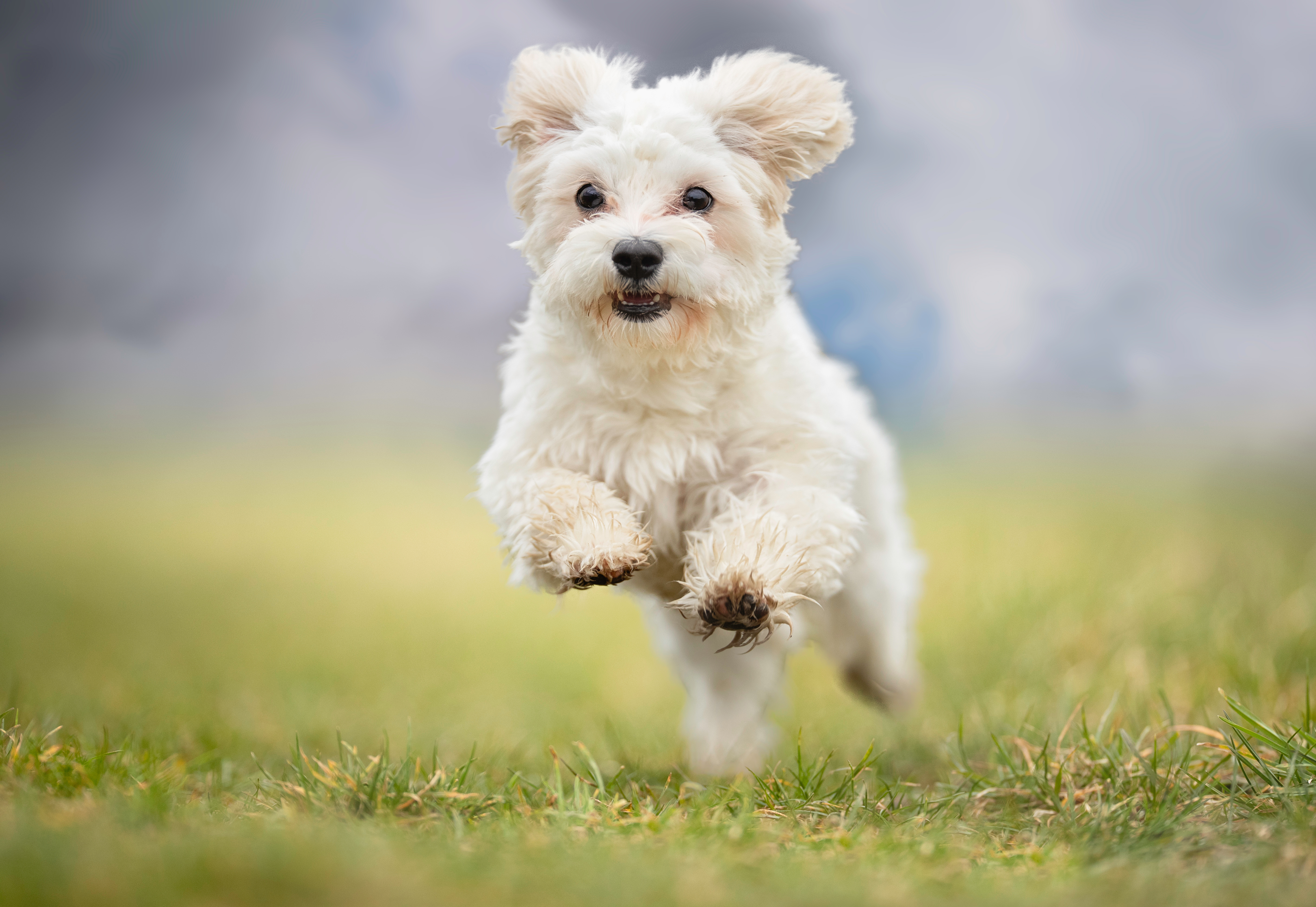 The Papillion is a highly trainable breed of small dog. Due to their unique appearance and high trainability, these dogs usually make a great choice for dog shows. These easy-to-train dogs learn and complete tasks with great enthusiasm that is unmatched by other breeds. This high energy and warm character along with their friendliness toward other dogs and people make this a highly sought-after breed.

The Havanese is a bichon-type dog, also referred to as Havana Silk Dog. The breed first came to the United States during the Cuban Revolution, and American breeders start to grow their interest in the Havanese. The AKC recognized the Havanese breed in 1996. While Havanese dogs are commonly regarded as a toy dog breed it is common that they are used for a variety of work, including therapy, assistance, and signal dogs, this breed can also be used for tracking and detection. This breed is quick, agile, and highly trainable and makes them a great choice to compete in dog sports such as obedience training and flyball. 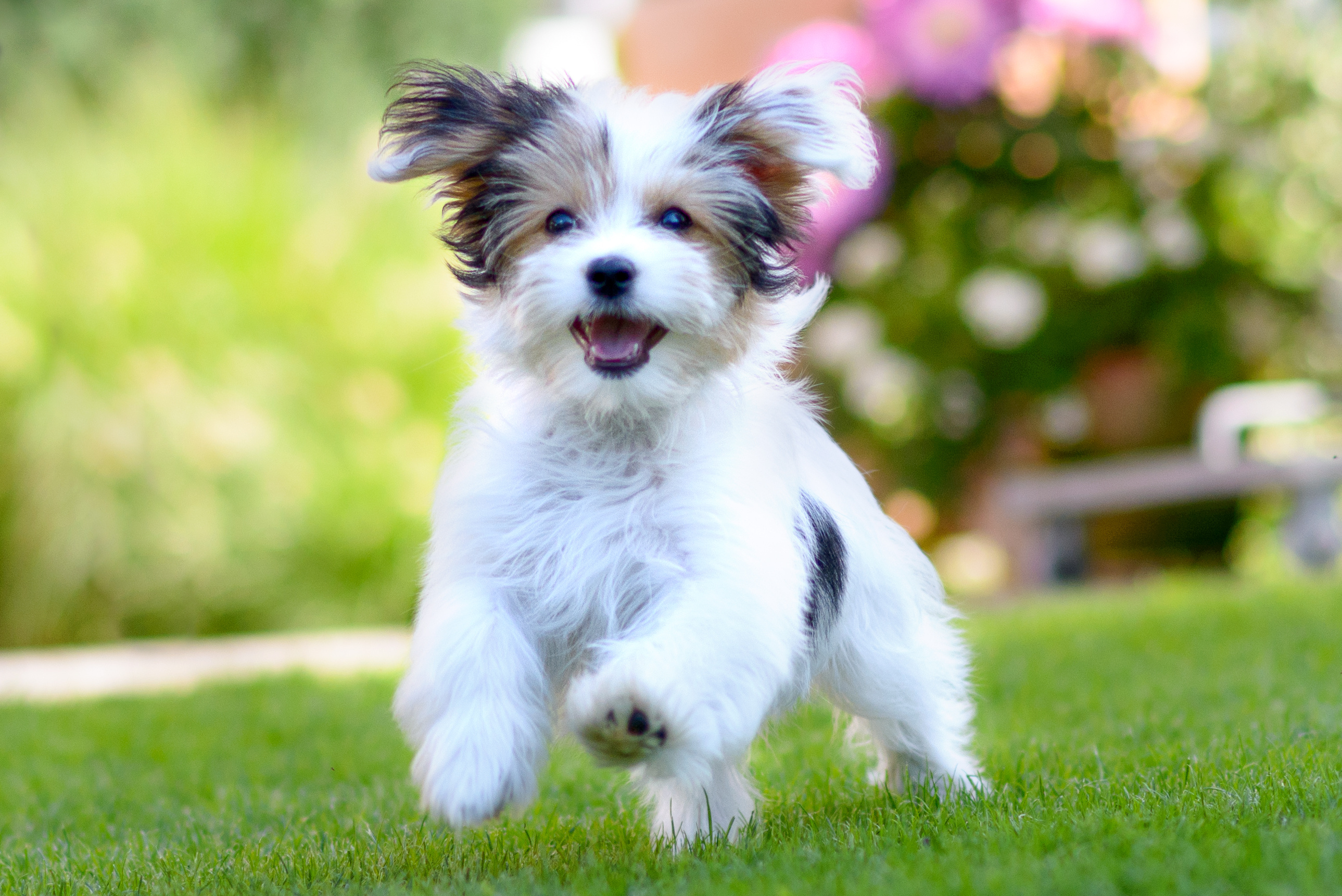 The Yorkshire Terrier is one of the smallest terrier breeds and is a hypoallergenic dog breed making them a great choice for those with sensitivities. The maximum weight for this dog as set by the standard is 7 lbs. These small dogs retain all of the expected Terrier characteristics such as being brave, feisty and even bossy at times. There is also the Teacup Yorkie – this is just a Yorkshire Terrier specifically bred to be small. Teacup Yorkies are typically about a quarter to half the size of a standard Yorkshire Terrier. Although it is possible for the Teacup Yorkie to reach weights near that of the standard size while keeping the shorter height. 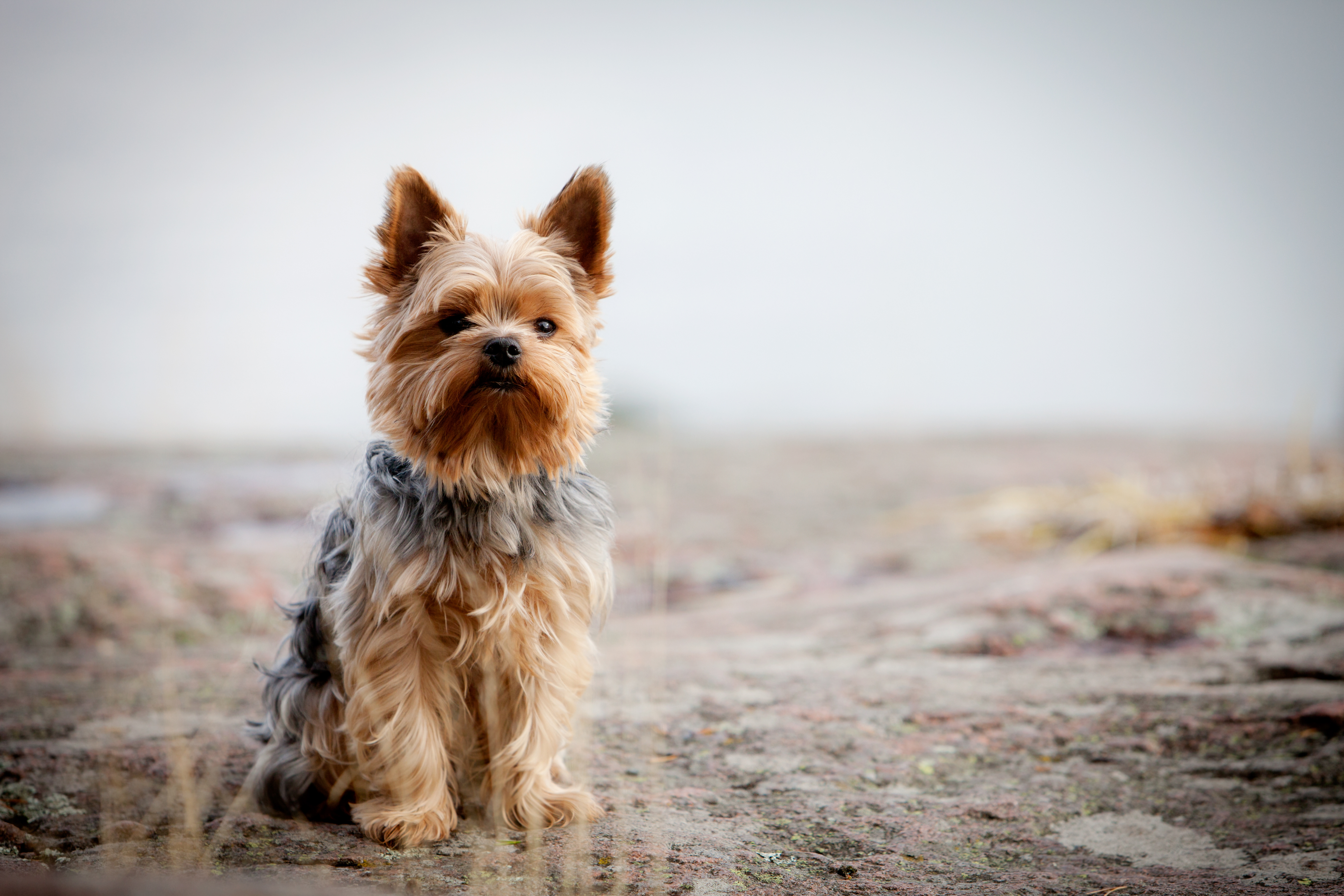 The Cavalier King Charles Spaniel is a dog breed that comes from the United Kingdom. In the 17th century, this dog was interbred with flat-nosed breeds causing them to have a very different look than what they have today. This breed requires a large amount of attention and works best with an owner who will have them as lap dogs. This breed is playful and intelligent and is known to interact well with children and other pets. These dogs don’t require much exercise and have a calm, patient, affectionate temperament, and are highly adaptable making them a great choice for most people and especially the elderly due to the lessened need for exercise. 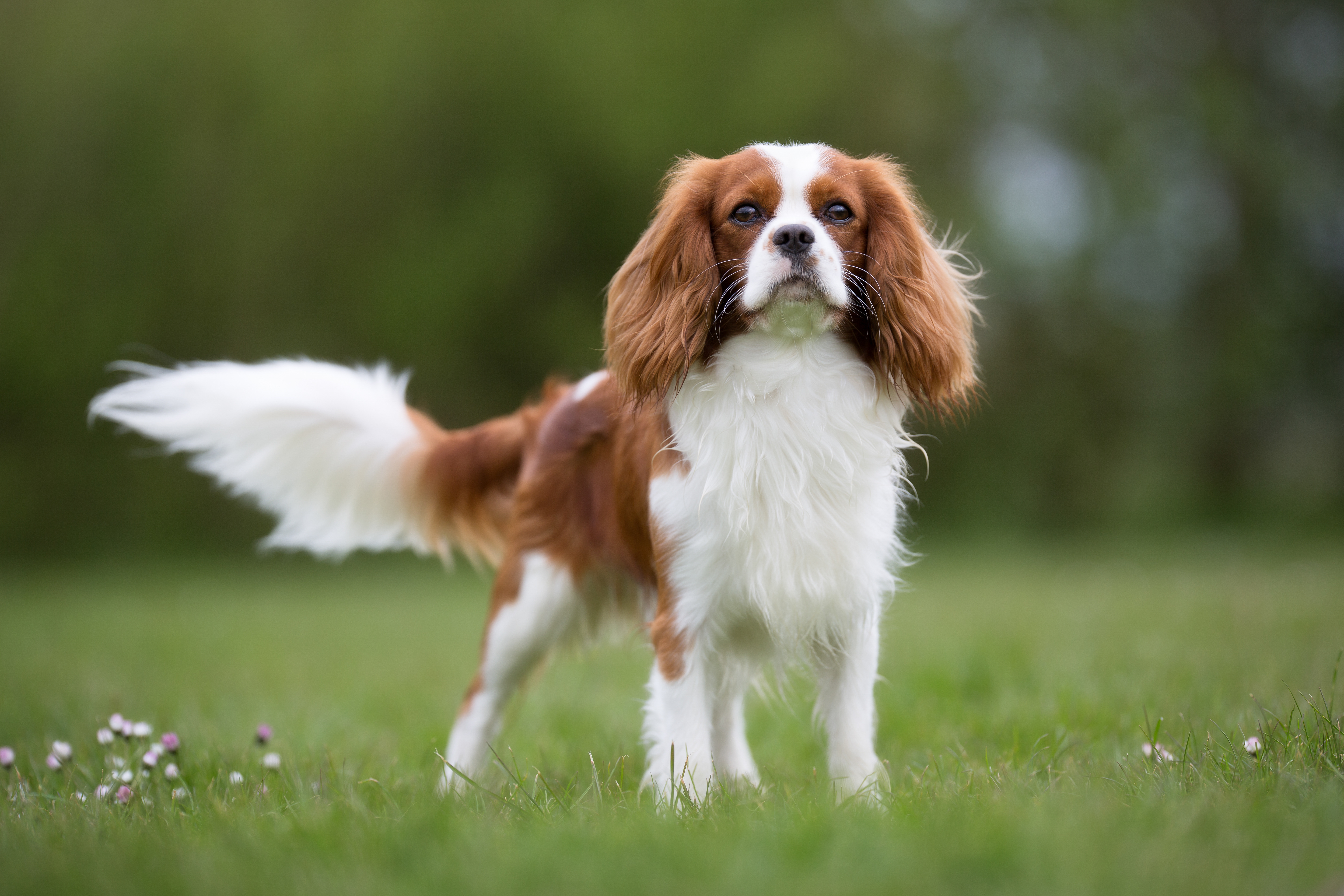 The Toy Poodle is the smallest Poodle. They are hypoallergenic like other Poodles and have all of the typical poodle characteristics. While their smaller size means that they are not as quick as the Standard or Miniature Poodle, they are still capable water-retrievers and are highly trainable for a variety of complicated tasks. 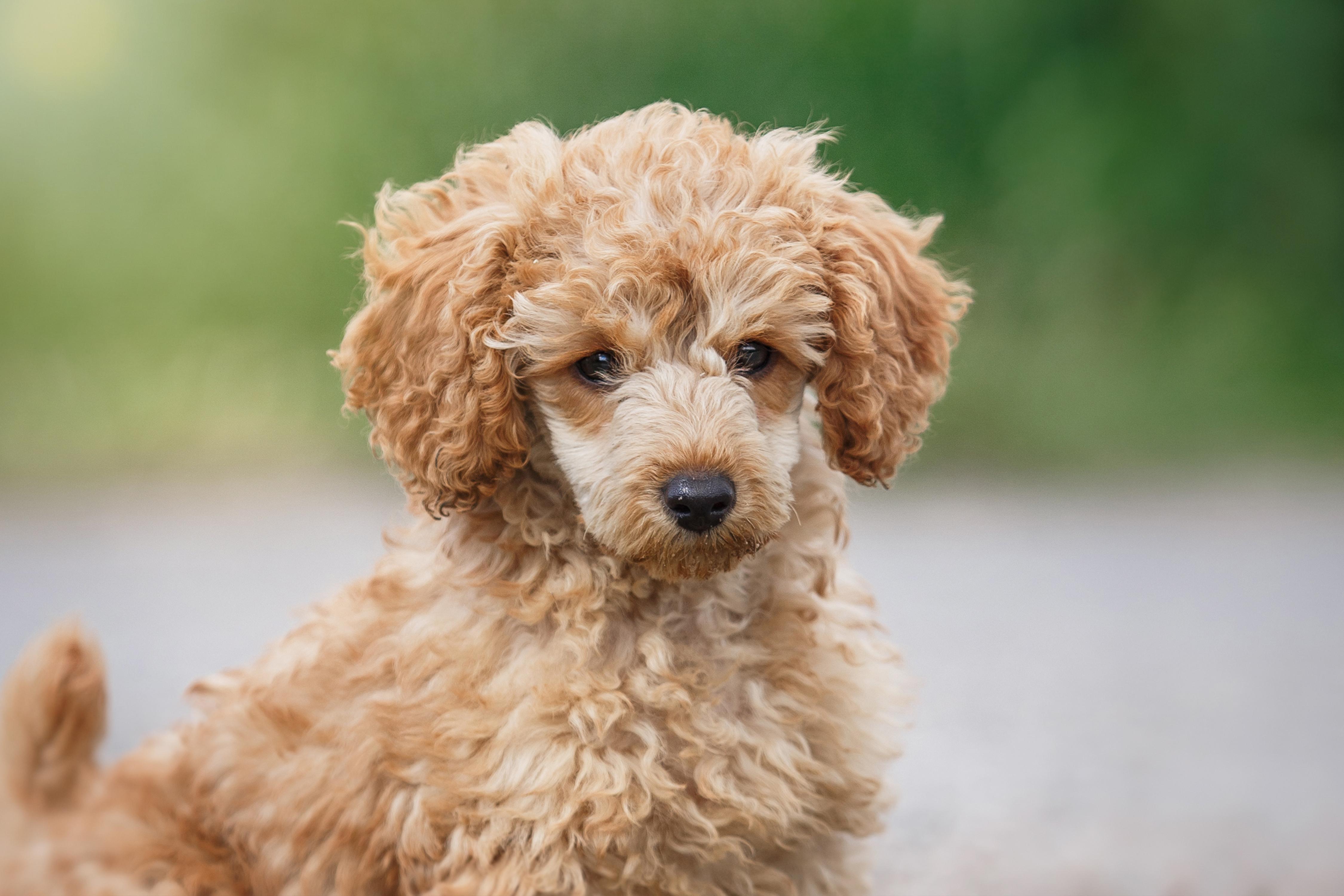 While the Pekingese are a kind and intelligent breed of toy dog, they are also known for being stubborn and difficult to train. The use of any harsher training methods will result in failure, but they will respond best to consistent training at an early age. The Pekingese is a great choice as a family dog and work well as watch dogs as they tend to bark at anyone they do not know. 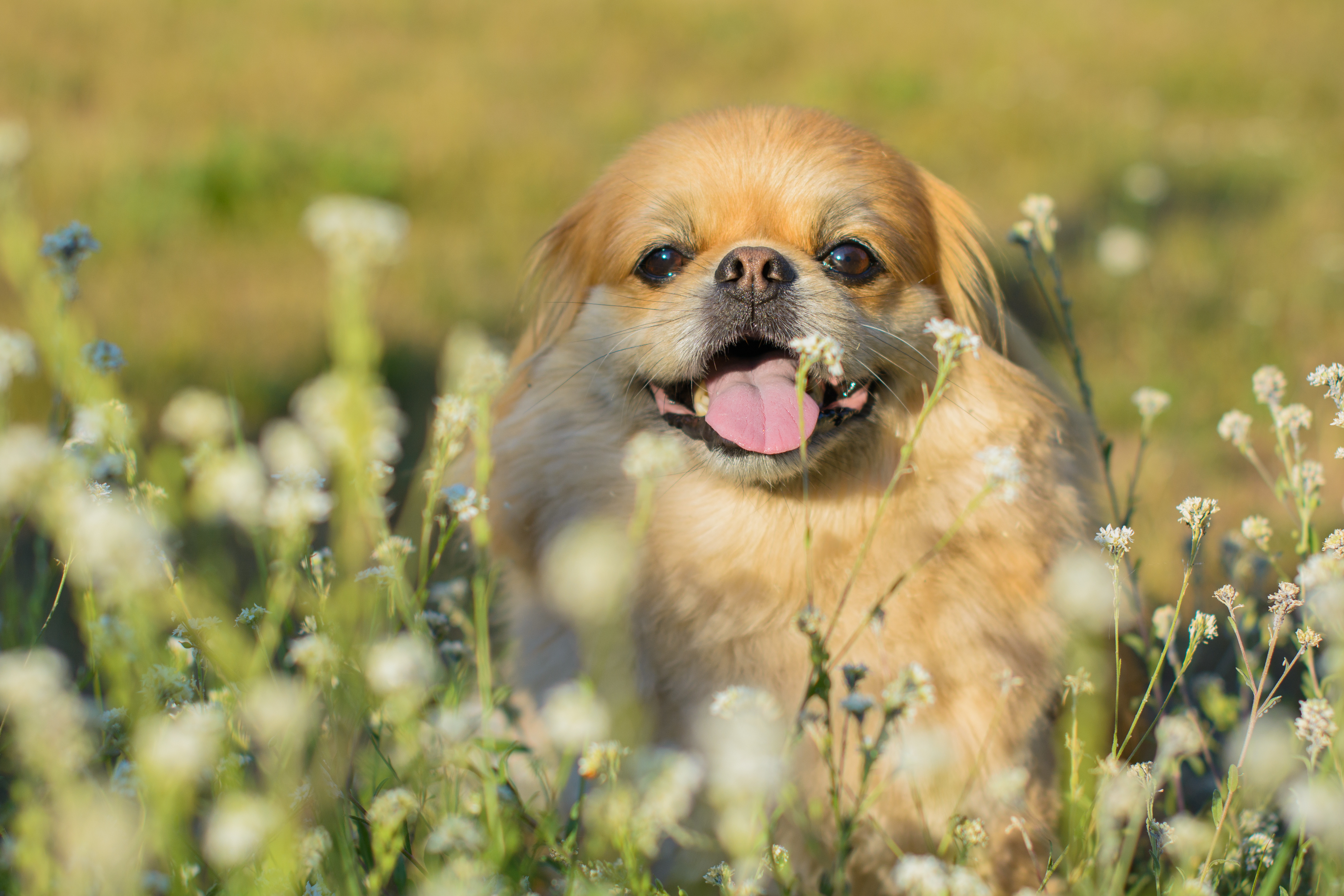 Also known as the Min Pin, Miniature Pinschers are a breed that originates from Germany. The earliest Min Pins were most likely bred with breeds such as Dachshunds, Italian Greyhounds, and German Pinschers. These little dogs are roughly half the size of German Pinschers, but make up for it in bravery and energy. Min Pins can be protective over their toys or food and may require extra work in these areas but they are also great family dogs as they are incredibly affectionate. 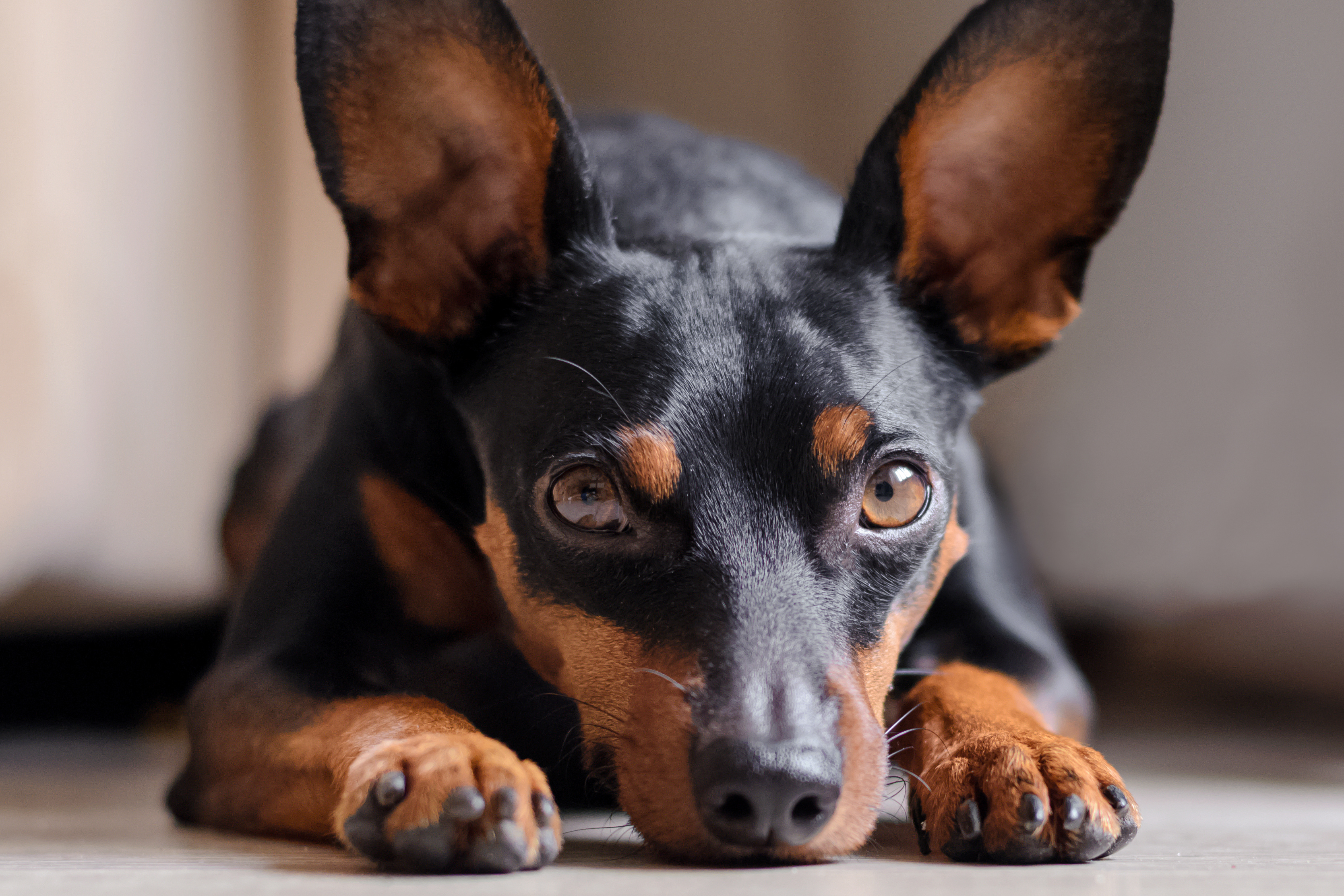 The Italian Greyhound is a small sighthound (also called the Italian Sighthound). As with all Greyhounds, this small breed is extremely athletic. The high intelligence of this breed can make them a bit more difficult to train but they are incredibly affectionate dogs. Although Italian Greyhounds are a small dog breed they will require a bit more exercise than most in order to stay healthy. This breed to prone to separation anxiety and so it is important that they are owned in pairs if possible.

The Brussel Griffons typically have the appearance of a pug with a long beard, although their personality is entirely different. In Europe, this breed is known as Griffon Bruxellois and has many of the most common traits that you may expect from a small dog breed. This breed is very alert and make excellent watchdogs. They can take a while to warm up to strangers but are very loving toward those they know well and other pets in their house.

The Chinese Crested is a hypoallergenic dog and has a variation of the breed that is hairless.  The hairless Chinese Crested dogs, while not being completely hairless, have hairless bodies with hair concentrated around the face, ears, paws and tail.  While it is known that these dogs were originally bred to be lapdogs there is not much history known about this breed. The Chinese Crested Dog was recognized by the AKC in 1991, which makes it one of the newer breeds. 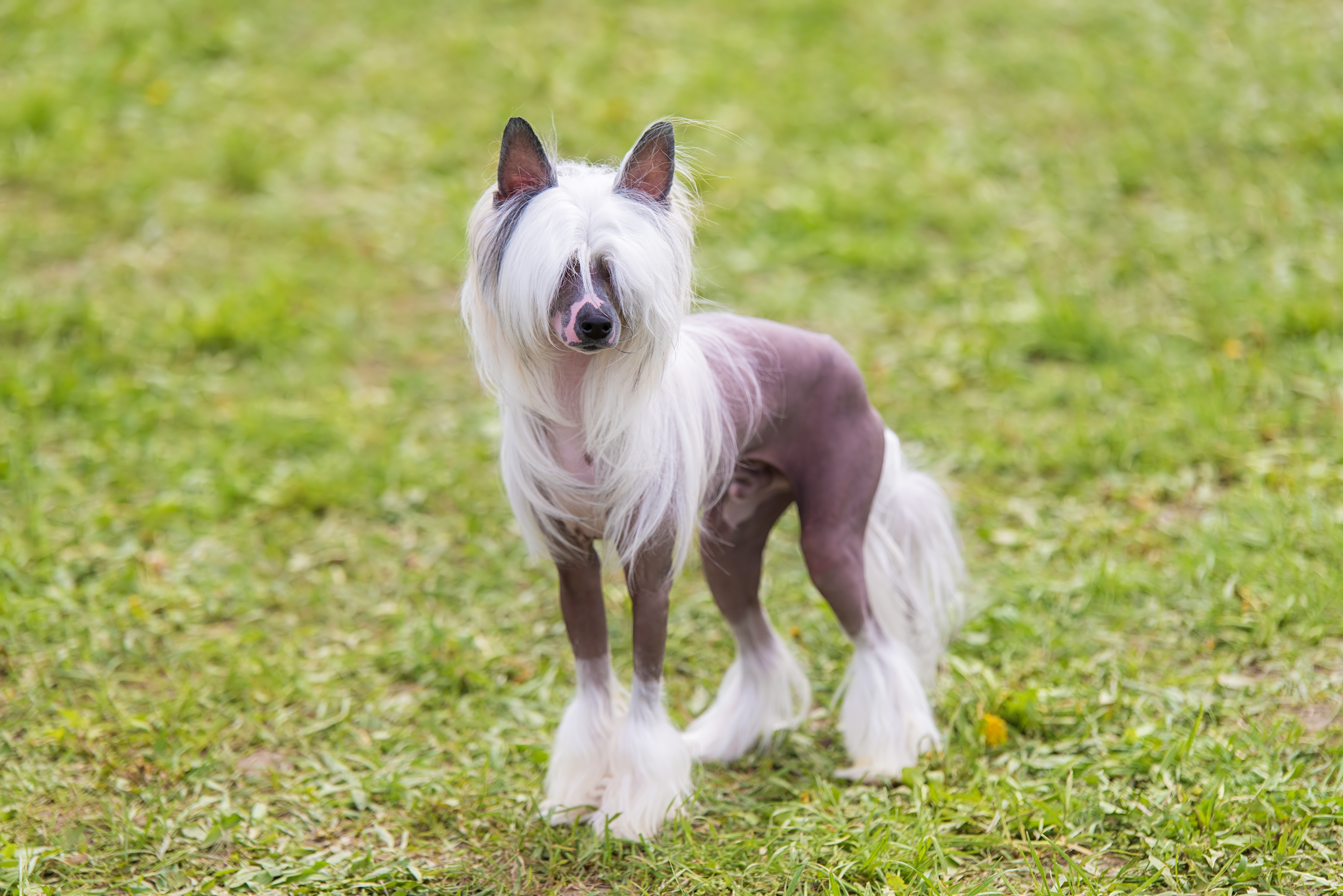 Are you considering getting a small dog and want to learn more? Give our animal hospital in Tennessee a call to talk with our vets about what breed might be right for you.

Belle Forest Animal Hospital is accepting new patients! Our experienced vets are passionate about the health of Tennessee companion animals. Get in touch today to book your pet's first appointment.